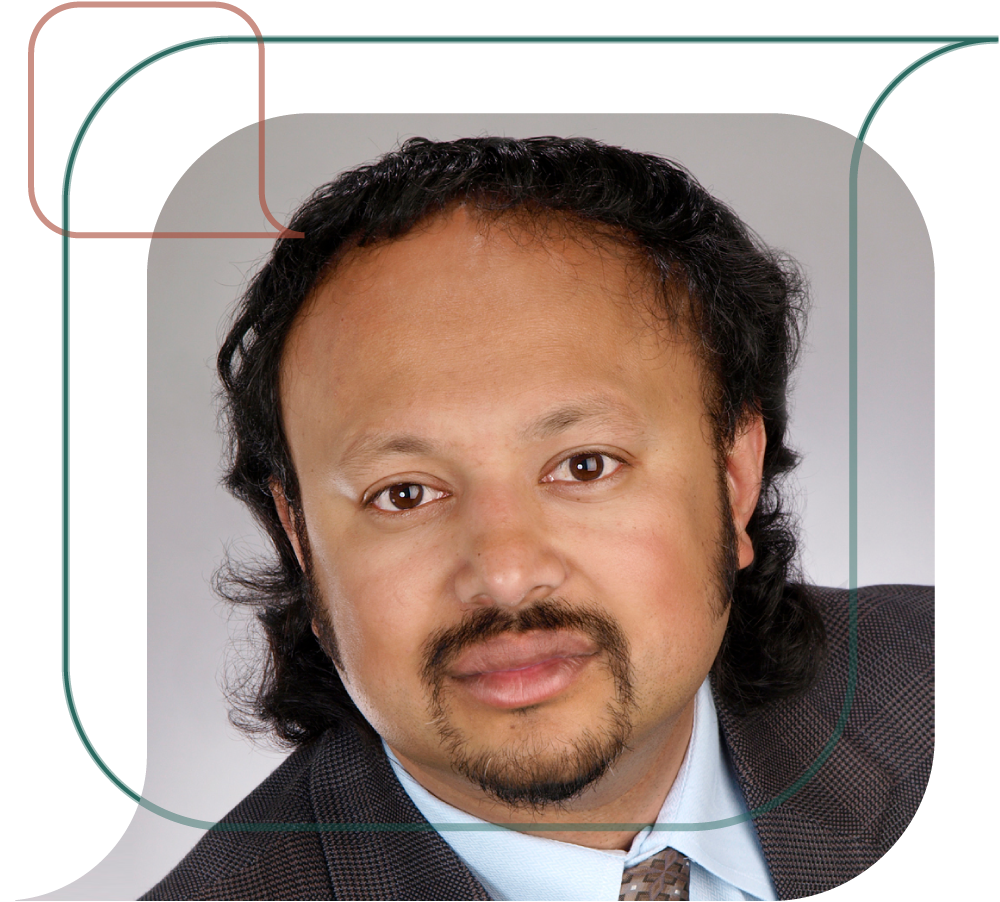 Anirban Basu is Chairman & CEO of Sage Policy Group, Inc., an economic and policy consulting firm in Baltimore. In 2014, Maryland governor Larry Hogan appointed him Chair of the Maryland Economic Development Commission. Anirban also serves as the chief economist to Associated Builders and Contractors and as chief economic adviser to the Construction Financial Management Association. In 2007 and then again in 2016, Dr. Basu was selected by the Daily Record newspaper as one of Maryland’s 50 most influential people. The Baltimore Business Journal named him one of the region’s 20 most powerful business leaders in 2010. He holds four graduate degrees, including a JD and a PhD. 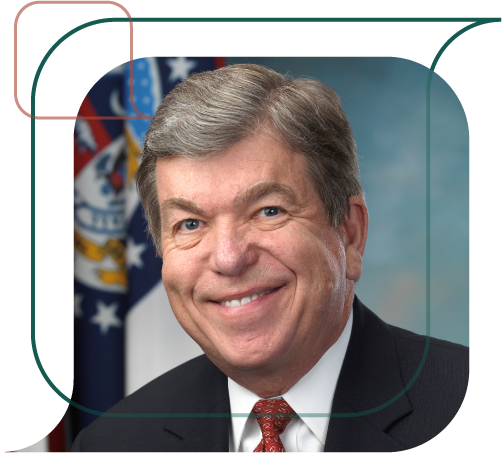 Building on a background as a public servant, university president, and teacher, United States Senator Roy Blunt was elected to the United States Senate in 2010. Senator Blunt serves as the Chairman of the Senate Republican Policy Committee and as the Ranking Member of the Senate Rules Committee. He also serves on the Senate Appropriations Committee; the Senate Commerce, Science and Transportation Committee; and the Senate Select Committee on Intelligence. He is also the Ranking Member of the Appropriations Subcommittee on Labor, Health and Human Services, and Education.

The people of Southwest Missouri overwhelmingly elected Senator Blunt seven times to the U.S. House of Representatives. Senator Blunt was elected the Majority Whip earlier in his career than any Member of Congress in eight decades, and he was elected to the Senate leadership during his first year in the Senate. Before serving in Congress, he was a history teacher, a county official, and in 1984 became the first Republican elected as Missouri’s Secretary of State in more than 50 years. Senator Blunt also served four years as the president of Southwest Baptist University, his alma mater, in Bolivar, Missouri. Senator Blunt earned an M.A. in history from Missouri State University. 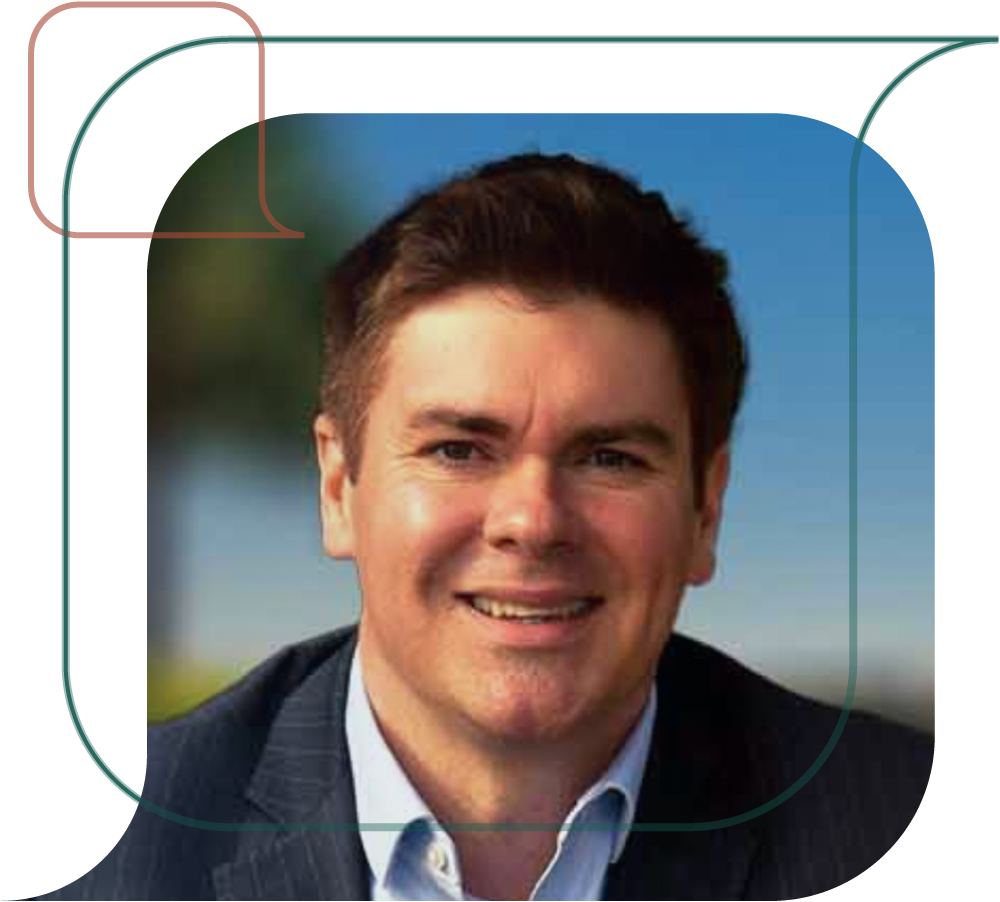 Christopher D. Connors is the bestselling author of Emotional Intelligence for the Modern Leader and The Value of You. He is a keynote speaker and executive leadership coach who helps leaders increase their emotional intelligence, prioritize results and build thriving organizations. Christopher works with executives and leaders at Fortune 1000 companies and with organizations spanning many industries. His writing has appeared in CNBC, World Economic Forum, Thrive Global and Medium. Emotional Intelligence for the Modern Leader, is one of the top selling emotional intelligence books in the world. Christopher is happily married to his beautiful wife and is the proud father of three amazing, rambunctious baseball-loving boys. 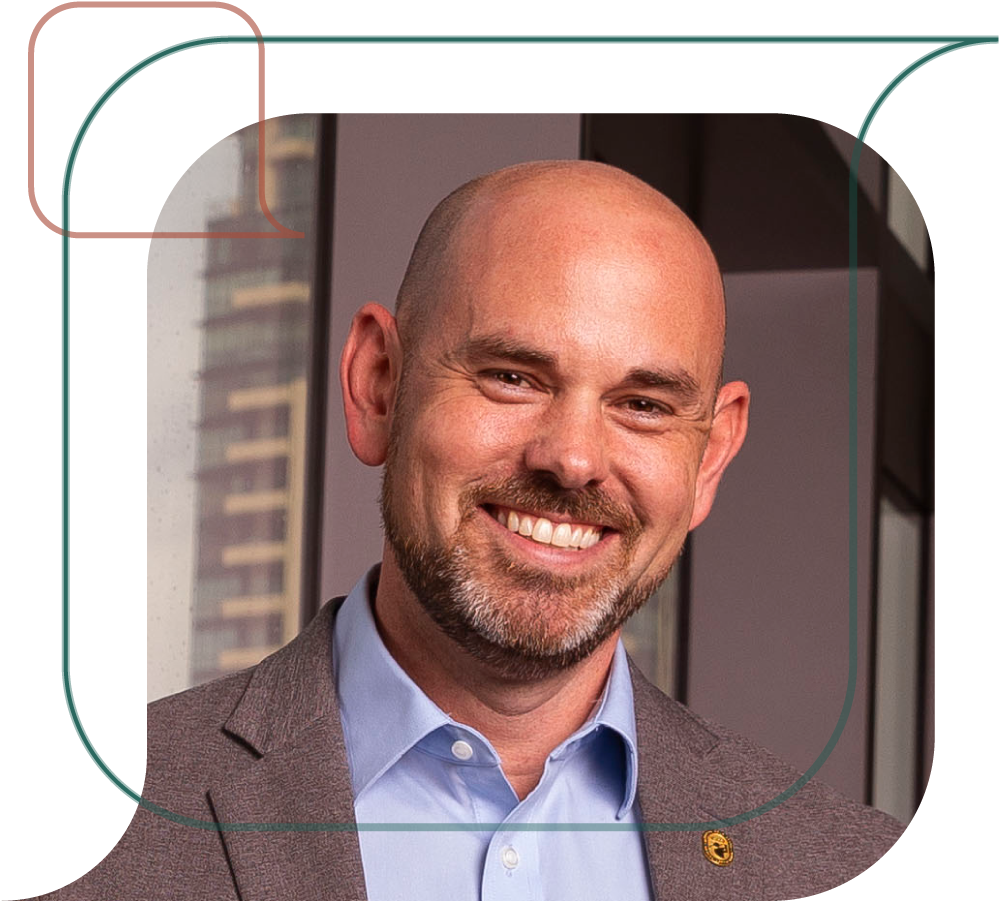 Jay Karen is the CEO of National Golf Course Owners Association, where he leads the golf industry’s trade association and initiatives to support the success of the golf course business. In his role at NGCOA, he has chaired the board of the industry-wide advocacy coalition, We Are Golf, and served on the Golf USA Tee Time Coalition board, a joint initiative with the PGA of America, and the advisory board of the World Golf Hall of Fame. The Wall Street Journal, Bloomberg, CBS Radio, New York Times, Washington Post, NPR, the Golf Channel, Golf Digest and many others call upon Jay for his insights on the golf industry. Jay has also served as CEO of two associations in the lodging and hospitality industry, and he is a certified association executive by the American Society of Association Executives. Jay currently serves on the board of directors of the US Travel Association and ASAE. Jay is an Honorary Commander for the Joint Military Base in Charleston and a mentor in the College of Charleston’s MBA program. 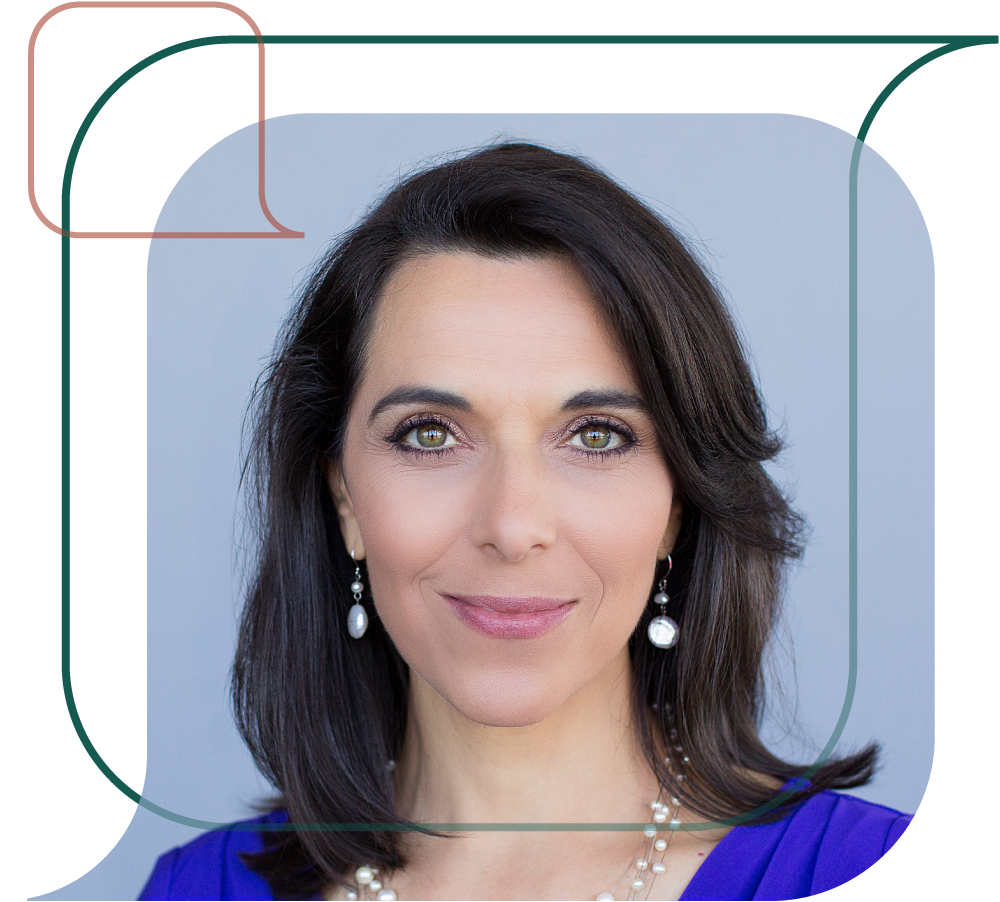 Anna Liotta, author of “Unlocking Generational CODES©,” and founder of The Generational Institute™, is an award-winning speaker, business consultant, and author. Anna is one of the world’s most highly sought-after thought leaders on generational leadership, sales, and customer service — with clients that include Amazon, Bloomberg, Comcast Spotlight, Coca-Cola, Microsoft, the PGA and the NBA. This year, Anna was inducted into the Speaker Hall of Fame. Anna’s most impressive generational credential? She is the youngest girl of nineteen children. That means every Thanksgiving, graduation, and wedding is a case study in generational leadership and relationship-building. 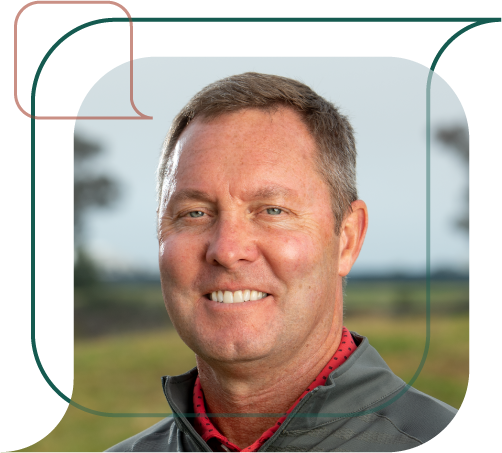 Mike Whan joined the USGA as its chief executive officer (CEO) on July 1, 2021, becoming its eighth chief executive. As CEO, Whan leads the USGA team and their work to champion and advance the game of golf by conducting global championships, delivering golfer engagement programs, broadening accessibility and driving sustainability.

Prior to joining the USGA, Whan served as the commissioner of the LPGA (Ladies Professional Golf Association), one of the longest-running and most successful women’s sports organizations in the world, from January 2010–June 2021. Under his leadership, the LPGA experienced unprecedented growth, with significant increases in the number of tournaments, purses and television coverage. He also oversaw the expansion of the LPGA to include both the Symetra Tour and Ladies European Tour, as well as a nearly 50 percent increase in membership of LPGA Professionals, the association’s teaching division. Whan’s focus on making the game more accessible for girls led to a significant expansion of the LPGA-USGA Girls Golf Program to more than 90,000 at more than 500 sites through Spring 2021. 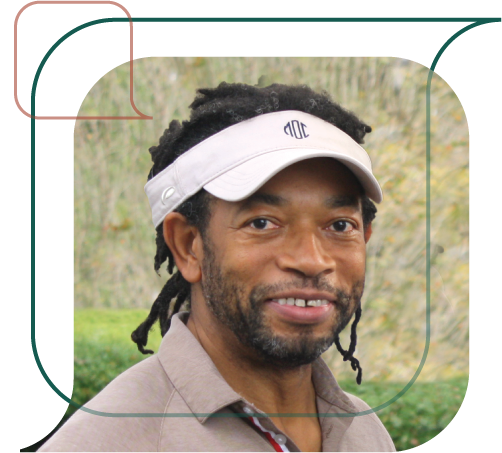 Michael has had success in industries ranging from High Tech companies to foreign exchange banking. But his life has been defined by his abilities in the media and communications, for his experience in world affairs and his passion for the game of golf.

Michael has established himself as a leading voice for Diversity, Equity and Inclusion. His “Open Letter to the Golf Industry from a Black Man Who Loves the Game” became a template that inspired the leadership of the game to implement long-needed change. In addition, Michael’s article for ESPN about his handling of a PGA Tour professional who admitted to dressing up in blackface garnered praise from around the world and was recently recognized as one of the best articles of 2020 by the Golf Writers Association of America.

Michael is also known as one of the political world’s most astute commentators as the moderator of “Issues in the News”, the flagship political and current events program for Voice of America. A sought-after speaker and communications expert, Michael has counseled some of the most influential individuals and organizations in the world on topics including crisis management, corporate re-branding and diversity/inclusivity issues.

In 2005, Michael launched his first radio show on FOX News Radio, “Sticks and Stones”. Since that launch, Michael has established a reputation as a savvy broadcaster and as an incisive interviewer and writer. An avid golfer himself, Michael has covered the game of golf and the golf lifestyle including courses, restaurants, business, travel and sports marketing for publications all over the world.

In his first year as host of The 19th Hole Golf Radio Show on CBS Radio in Washington, D.C., Michael led the show to becoming the top-rated golf show in the 7th largest market in the United States and was named the recipient of the 2014 Middle Atlantic PGA Earle Hellen Award for the Outstanding Media Person of the Year. The 19th Hole with Michael Williams is now a podcast with 40 thousand listeners per week on GolfWRX.com.

This event is limited to multi-course owners, resort officers and

Register now to reserve your seat among your MCO and TRO peers.